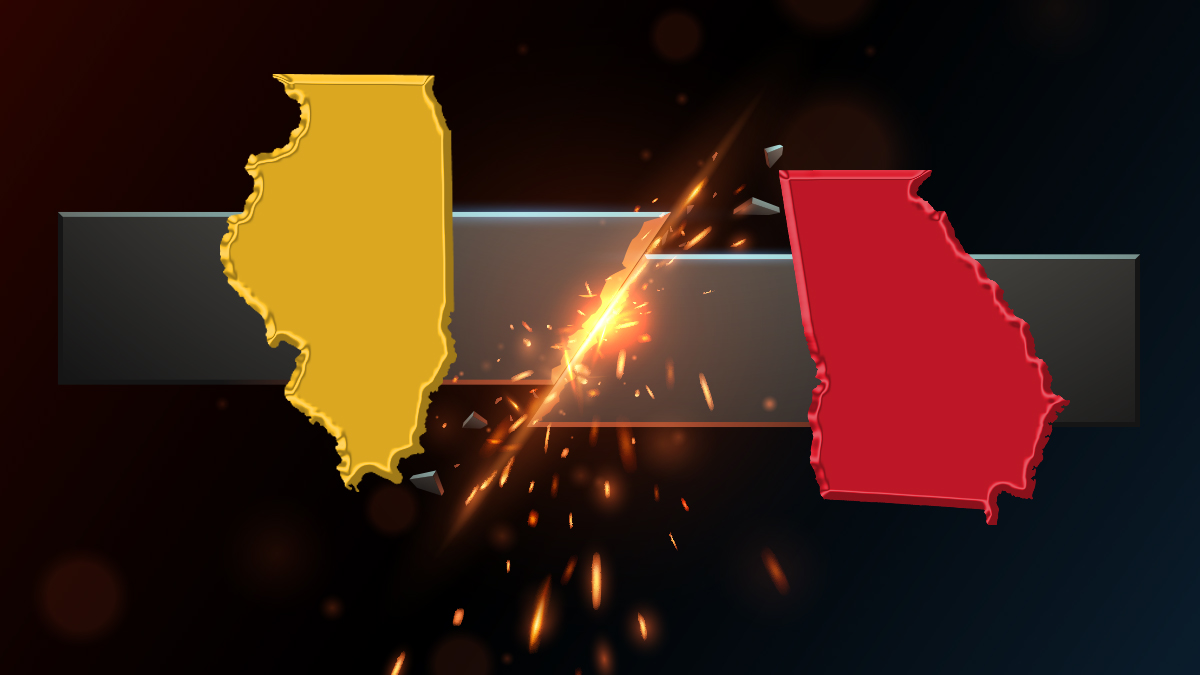 Here at Accel Entertainment, we mostly focus on video gaming in Illinois. However, the Prairie State is not the only place where people can play slot machines outside of casinos. We’ve assembled this state-by-state guide to show how other states are similar or different than Illinois.

Oregon could be considered the “OG” when it comes to video gaming. The state introduced video lottery terminals (VLTs) in 1992 and added Vegas-style slot machines to those terminals in 2005. Oregon was the top state in video gaming revenue until 2015 when they were surpassed by the state of Illinois. There are nearly 4,000 locations with VLTs in Oregon.

Pennsylvania has a more limited scope version of Illinois’ video gaming, and the state only began handing out video gaming licenses in 2019. Right now, Pennsylvania only allows video gaming in truck stops that meet certain criteria (you can check out our website to find the exact criteria). But the VGTs in Pennsylvania truck stops will be similar to those in Illinois, there will just be a lot less locations than Illinois currently has.

Like Oregon, South Dakota allows VLTs that contain poker, keno, blackjack and bingo. But South Dakota doesn’t have nearly as many locations as Oregon since they only allow VLTs in bars or taverns. Currently the state has around 1,347 licensed establishments with video gaming.

Georgia is probably the most unique when it comes to video gaming. Gas stations and convenience stores are allowed to operate “coin-operated amusement machines” also known as COAMs. These COAMs are video slots, the same as you’ll find in other states with video gaming. However, if a person wins while playing these machines they do not receive cash from a redemption terminal. Instead, they can either win lottery tickets or store credit they can use to purchase items in the specific location they’re playing in. There are more than 5,000 licensed establishments in Georgia with these COAMs.

While you can play slot machines in all these states, you can only find the most AE locations here in Illinois. Check out our other blogs to see why you should look for the AE when looking for video gaming.