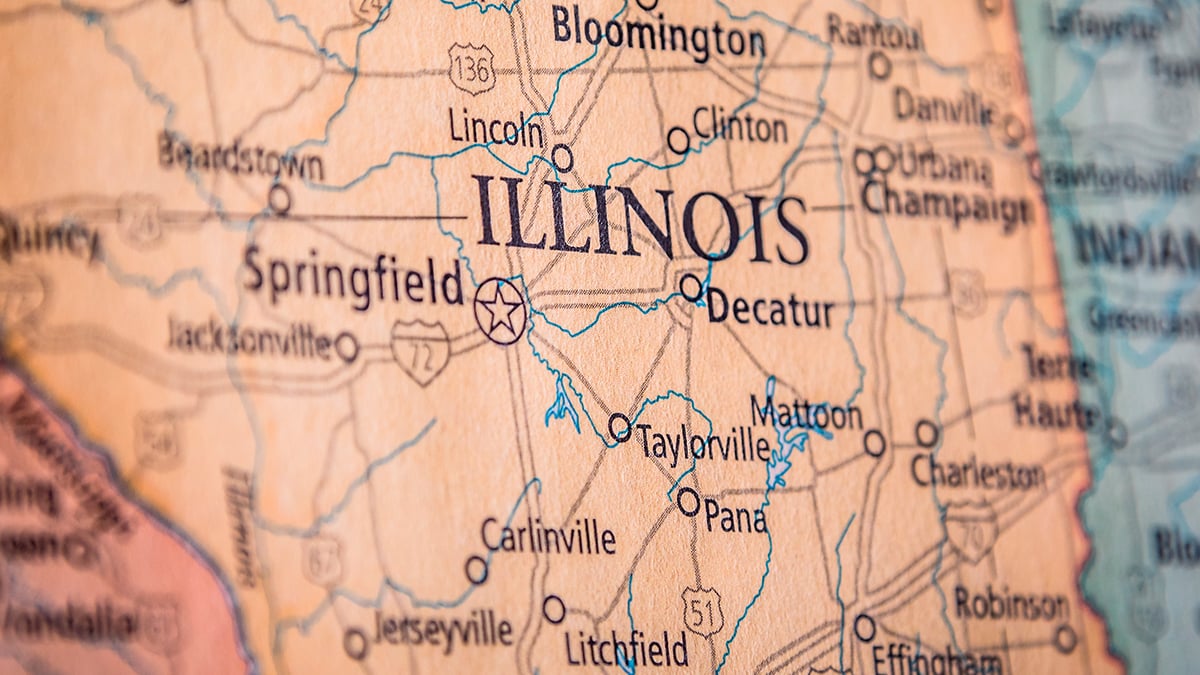 Before we provide the summary of this month’s IGB meeting, we wanted to briefly point out that the agendas for recent meetings have been significantly slimmed down. While the published IGB agenda currently lists certain matters that require Board attention, the monthly meetings and our summaries both cover items that only need Administrator approval and are not listed on the agenda. Enjoy!

The IGB held its monthly meeting on Thursday, Sept. 15, 2022. The meeting was virtual, which is a slight shift from the recent hybrid meetings that we thought were going to be our new “normal.” Board members present included Chairman Schmadeke, Member Hayden and Member Garcia.

The meeting began with the approval of the Regular Board Meeting Minutes from July 28, 2022 and continued with the Administrator’s comments, as there were no comments from Board Members.

During his comments, the Administrator noted that September is Responsible Gambling Education Month and covered Chicago Casino progress, Video Gaming matters and the gaming revenue report.

First, the Administrator spoke about the importance of problem gambling initiatives and provided a number of resources available to those who may be being affected by problem gambling, including the IGB’s website, the Illinois Department of Human Services, Substance Use and Recovery website, weknowthefeeling.org, the 1-800-Gambler hotline, and the textline x25334. All of these resources are available 24 hours a day, seven days a week.

The Administrator then spoke about the Chicago casino. The Administrator provided a brief summary of the selection process as well as the statute and specifically related rules, including those rules that dictate what the Administrator is able to disclose to the public. While the IGB’s goal of transparency is still at the forefront and the Administrator stated the Board will be as transparent as possible, there are many things the IGB is unable to disclose as it is outside the IGB’s authority to do so. Also outside the IGB’s authority is the selection of the temporary casino site. The IGB is not the decision maker on the temporary casino site and Section 7(E-5) of the Illinois Gambling Act explicitly states, “The Board shall not alter, amend, change, or otherwise interfere with any agreement between the applicant and the corporate authority of the municipality or county board of the county regarding the location of any temporary or permanent facility.”  230 ILCS 10/  Illinois Gambling Act. (ilga.gov)

The Administrator then shifted gears to the Video Gaming industry and discussed the 10-year anniversary of activated video gaming terminals (VGTs) and continued with two new rules he hopes will be implemented soon. The first was the pending Sales Agent licensure rule which amends Video Gaming Rules 265, 321 and 595 and can be found here: September 1, 2022 - Illinois Register Volume 46, Issue 36, page 14742. The Administrator encouraged the public to submit comments on this rule to the IGB via this email address: IGB.RuleComments@illinois.gov, by 5 pm CST on Oct. 21, 2022. As always, we are happy to work with you or submit comments on your behalf. Please feel free to reach out to us.

The Administrator continued his comments by discussing the most recent Joint Committee on Administrative Rules (JCAR) meeting which approved the proposed amendments to Video Gaming Rule 320(A)(1). The proposed changes to Rule 320, Minimum Standards of Use Agreements, will take effect on October 1, 2022. The complete changes can be found January 3, 2022 - Illinois Register Volume 46, Issue 1, page 201 but in summary, the amendments seek to clarify the validity of use agreements entered into by terminal operators and not yet licensed locations. Additionally, the amendments state that not yet licensed locations must apply for a location license within a year of signing the use agreement for the agreement to remain valid. The amendments cover a few other scenarios, so we encourage you to review the amendments. If you have any questions, please reach out.

Immediately following the Administrator’s comments, Thomas A. Thanas, ICGA Executive Director, addressed the Board during Public Commentary. Mr. Thanas, who is new to his position as Executive Director, took time to thank the IGB for its help during the pandemic, which permitted the Illinois casinos to keep their doors open. Additionally, Mr. Thanas spoke of a number of initiatives the ICGA implements. If you would like hear Mr. Thanas’ complete presentation, we encourage you to visit the IGB’s website for the publication of the meeting recording. Illinois Gaming Board - Board Meetings And Documents

The next agenda item was Consideration and Review of Closed Session Minutes for Dissemination. The Board approved dissemination of the following closed session minutes:

The Casino portion of the meeting began with the Rule 605 Request of Midwest Gaming & Entertainment, LLC for approval to offer Pai Gow Tiles. According to Rule 605, “For each Game for which approval of the Board is sought, the holder of an Owner’s License shall provide a definition of the Game as well as a set of Game rules to the Administrator 120 days in advance of the Game's proposed operation or within such time period as the Administrator may designate.” The IGB voted to approve the Rule 605 request.

Next, the Administrator issued renewals to the following three suppliers as well as those occupational licensees that were up for renewal and had provided updated information, timely paid their renewal fees and complied with all other requirements:

Per the License Harmonization law, certain other Casino suppliers had their licenses renewed under the Video Gaming Section of the meeting since the video gaming licenses were set to expire prior to the casino supplier licenses.

The brief Sports Wagering section of the meeting consisted of the Board approving 119 Level 2 occupational licensees. One notice of denial was also issued. The Administrator then granted renewals to the Level 1, 2, and 3 licensees that were up for renewal, had provided updated information to the IGB, timely paid their renewal fees and complied with all other requirements.

The Administrator began the Video Gaming session, as he has in past meetings, by reiterating that the licenses for establishments, handlers, and technicians now have a term of two years, while suppliers, distributors, manufacturers, and terminal operator licenses now have a term of four years and that though new license terms would begin today, annual fees are still due. He also reminded licensees that, due to technical difficulties including auto-generated notices and programming and system enhancements, licensees may receive letters or notices with one-year expiration dates, adding that IGB will be providing updates on the Sci Games portal and to please make notes of any discrepancies.

Following his comments, the Administrator renewed the respective manufacturer, distributor, supplier or terminal operator licenses of the following entities for a period of four years:

*These entities also had their respective casino licenses renewed as part of the License Harmonization law discussed in the casino portion of the meeting.

Next, the Administrator renewed the terminal handler, technician and location licensees which were up for renewal and had provided updated information to the IGB, timely paid their renewal fees and complied with all other requirements.

The meeting continued with initial licenses being issued to 12 terminal handlers, one terminal technician and 145 video gaming locations. None of the pending TO applications were considered at this meeting. The Board also voted to rescind the previously issued denials of Jum Group LLC d/b/a Jum Group LLC, Sammy Jo, Inc. d/b/a Sammy’s Slots, and Macon Petroleum Inc. d/b/a P & V Quick Stop and either granted licensure or permitted the location re-apply as appropriate.

The meeting was then concluded.