From Jukebox to TouchTunes: A Brief History of Music Machines

The jukebox has become somewhat of an icon of simpler times. Seeing one in an establishment now hearkens warm memories of leisurely evenings among friends and strangers alike. Music, dancing, and good times all come to mind.

But how long exactly has the jukebox been in action? Where did the legend begin? Its exact date of invention can be a bit hard to trace, partially because it wasn’t even called a jukebox at first. The term ‘jukebox’ originated from slang. But we’ll get to that. Let’s start from the beginning…

The jukebox originated from the phonograph, invented by Thomas Edison in 1877. Believe it or not, it wasn’t even originally invented for the purpose of playing music! Thomas Edison originally conceived of the machine with the thought that it could be used for office dictation.[1]

Just a year later, in 1878, it became clear that the machine would become a groundbreaking development for playback music. In Edison’s words, the phonograph would “undoubtedly be liberally devoted to music.”[2]

It wouldn’t take long for the phonograph to become monetized, enabling wider availability to the public. By 1890, a mere three years after Edison’s invention, entrepreneurs Louis T. Glass and William S. Arnold would create a phonograph with a coin slot. They debuted the invention to the public at the Palais Royal Saloon in San Francisco. Originally, the term for the machines became “nickelodeons” due to the fact that you had to insert a nickel in order to play a tune. 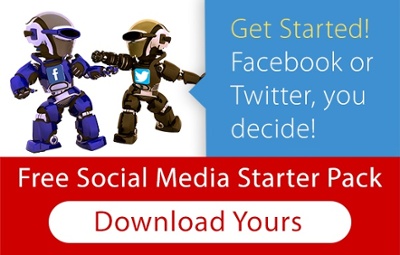 The term jukebox wouldn’t appear until the 1930’s, as a slang term associated with ‘juke houses’ or small roadside bars whose main attraction was music and dancing.[3] Obviously, the main feature of the establishment was always the jukebox.

The 1940’s and 50’s were considered the heyday of the jukebox, and it would continue to evolve rapidly during that time. The machines began to incorporate new technology like colorful lights and vinyl records. They were heavily associated with jazz and swing music. When the jukebox was on, folks were sure to be dancing!

The jukebox is still thriving today, in a new and improved form. TouchTunes came about in 1998 as “the world’s first pay-for-play digital jukebox.”[4] It revolutionized what the jukebox can do. Now, a single machine can store thousands of songs, take photographs, sync to your television, swipe credit cards, and more!

TouchTunes takes the social aspect of the jukebox to the next level. Its interface allows users to interact with the music at multiple levels: via touchscreen, cellular device, or even via social media by sharing photos from your establishment. It’s the ultimate in entertainment for your guests and a huge draw for revenue, at no cost to your business.